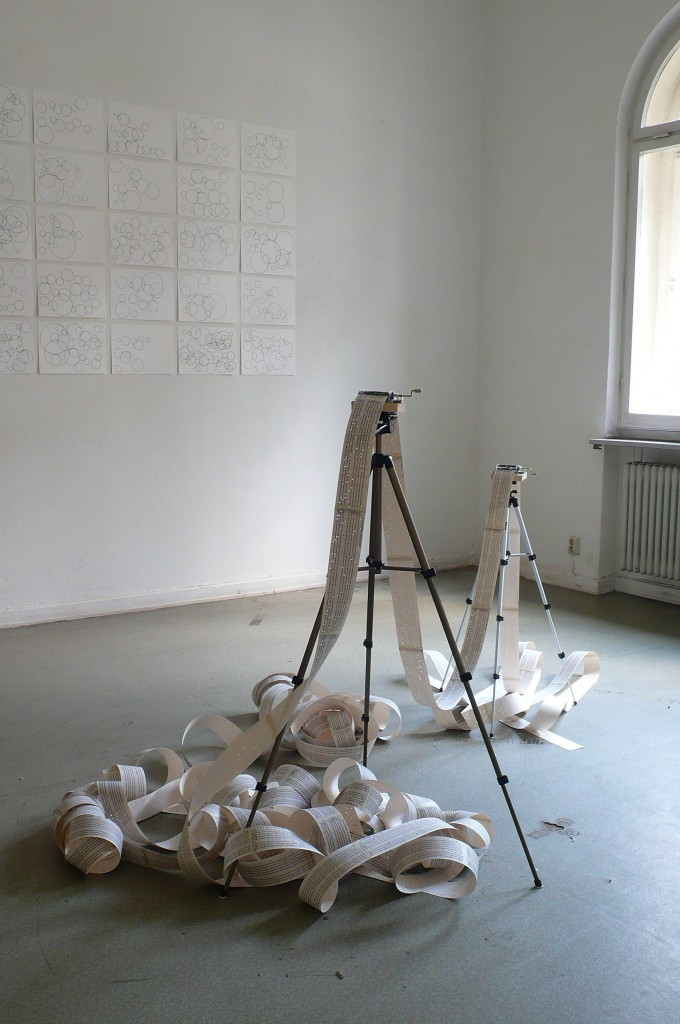 Begin with the arbitrary relationship between  ‘signifiant’ (image, sound) and ‘signified'(meaning) in linguistic, I got interested in letters as images – which does not convey the meaning. So I took it as mare of material attempting to explore the relationship between reading and seeing in the context of art. And it led me to think about the positions in art – object, artist, and viewer ,paralleled with the one in language – text, writer and reader.

Applying arbitrary system to transform one text into other forms (which you can see from the image above, ‘a possible scope’ 2012 – the music notation for the musical box came from each alphabets in several poems) is a way of extending possible ways of seeing and taking it in different conditions with different effects on(or by) viewers.

I consider my artistic practice as an on-going process within a notion of translation – adding and extracting (or missing) from an original to create something new. Perhaps it is just like writing and re-writing a story with following steps; writing the next line based on the former line.